Are your capacity management processes fit for purpose? 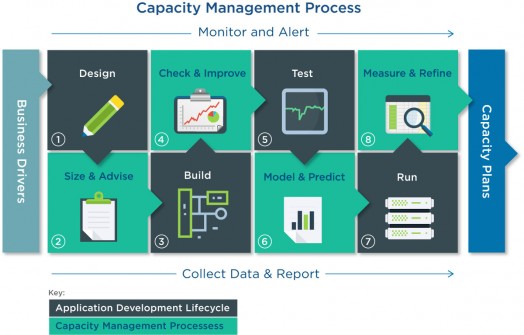 If you’ve followed the news this year, then you’ve probably heard about the TSB crisis, caused by a computer failure. The introduction of a new IT system in April left almost 2 million people without access to online banking services, unable to make transactions and see their account balances.

This IT failure is now being investigated by the financial regulator, and it’s believed that the source of the problem was caused by performance issues on their servers following a switch from their old legacy applications which were likely based on IBM Mainframe technology at the backend. And while TSB did warn its customers than some of its services wouldn’t be available while it upgraded its systems, the changes that the company made to its online services turned out to be far greater and more complex that the simple software upgrade that such services normally require.

The truth is that often banking systems are fairly low-tech and antiquated, struggling to cope with the weight of an ever-churning, ever-growing customer system, and in the case of TSB, their systems were simply unsuitable for their customer base – partly due to the company’s multiple prior mergers.

Overall, this crisis has led to the Government declaring that they are looking into increasing the governance and regulation of IT projects in the banking sector to avoid a similar “meltdown” scenario happening in the future. In addition to damaging consumer trust, this unforeseen crisis has had impacted business owners across the country; and this could have easily been avoided if the correct capacity management processes were in place.

Ultimately, the TSB highlights the need to have robust capacity management processes and procedures in place. It’s essential to have procedures in place which cover the complete application lifecycle, from project inception right through to implementation, which also include day to day running. All too often we find projects running over time and over budget which can lead to significant cuts in the amount of time to properly performance test, and fix if necessary, the application before it goes live.

With the threat of additional regulation being mandated, now is the time to review your capacity management processes to ensure they are fit for purpose and will stand up to any external scrutiny; if you’d like more information on how we can help you, please feel free to get in touch.